Home > Personal Life > The Key To Self Control

The Key To Self Control 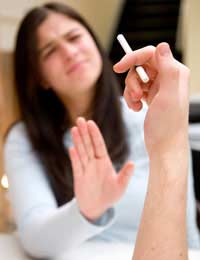 Most of us tend to forget that the vast majority of people who we might admire in life have got to the position they’re in not simply because of their talents and hard work but because of their self control too.

Willpower, self control and self discipline are probably some of the most important factors in achieving success in life. How often have you really wanted to achieve something in life but have always said to yourself or to others, “I’d love to do that but I haven’t got enough self-discipline?”

The fact is that will power and self discipline are both behavioural traits which can be learned. If you’re naturally weak-willed, it will take a bit longer but with continual practice, it will eventually come naturally to you without thinking. And, once achieved, you’ll feel more empowered and it will stand you in good stead in all areas of your life.

Willpower is basically used to describe a steely determination to achieve a particular goal. This might be some form of action or a decision you decide to take but you have a dogged determination not to let go until you’ve accomplished your task.

This is regardless of any obstacles or resistance you may be faced with or any form of difficulties you come up against. Having willpower helps you overcome temptations, procrastination and other negative habits.

Difference Between Willpower, Self Discipline & Self Control

Self discipline and self control is often the antidote to temptation. It’s all about the rejection of something that you might perceive, rightly or wrongly, to be better in your ultimate pursuit of something that will satisfy you even more. It’s basically about recognising and avoiding the temptation of instant gratification. It manifests itself in the ability to be able to stick to decisions, behaviour or actions which will lead you on to a happier and more successful outcome.

It’s not about restricting yourself or denying yourself pleasures in life. It’s about making conscious choices to overlook unnecessary desires and temptations because the pleasure you’ll gain from them will only be short lived whereas your reasons for doing so will lead you to a much happier and more successful position which is more sustainable in the final outcome.

Why Does This Matter?

Unless you have willpower and self discipline, you’ll end up having little direction in your life. You’ll not be able to achieve your goals as quickly, if at all, as you will spend far too much time on matters which aren’t going to give you any true satisfaction or fulfil your physical or psychological needs in a sustained manner.

How To Obtain These Skills?

Firstly, you need to analyse those areas of your life in which you feel you’re lacking self control, self discipline or willpower and look at how that affects your life negatively. Once you’ve done that, it’s simply a case of continually practising to break away from old habits and behavioural patterns and replace them with new ones. Examples could include the following although they could obviously be modified to suit you individually:

Quite often, you’ll find that, initially, any bad habit breaking will seem highly unappealing. However, the inner satisfaction and sense of achievement you’ll feel when you realise you’ve eradicated an aspect of your life which was doing you more harm than good will far outweigh any discomfort you’ll feel at the beginning.

The beauty is that by developing self discipline, self control or demonstrating willpower in one area of your life successfully, you’ll have trained your mind to adopt similar tactics in all other areas too.