Home > Personal Life > Bounce Back From a Failure or Setback 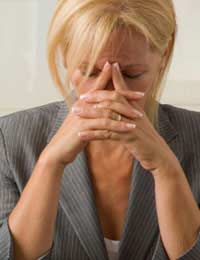 Every single one of us has experienced some kind of adversity, loss, setback or failure in our life and one thing that we can all be sure of is that we will do so again. Whether it’s our career or something that happens in our personal life, setbacks and failure are part and parcel of life. The important thing is to know how to bounce back and recover when they occur.

If you accept that a setback or failure will occur at some point, you’re already halfway there to recovering from them. You’ll probably have said at some point in your life about somebody, “That person’s dead lucky. Whatever happens, they always bounce back and come up smelling of roses.” However, whenever you utter that statement, what it’s basically acknowledging is that you feel as though you’ve experienced more misfortune than they have.

That may or may not be true. The chances are that the person may have suffered more setbacks than you could ever conceive of but it’s been their resilience and steely determination to bounce back that has kept the knowledge of their failures to a minimum.

Alternatively, setbacks and failures are often ‘lessons in life’ and whilst some of us will receive the same lesson over and over again until we learn from it, others have made a conscious decision to accept that they will fail or suffer from a setback occasionally but to learn from it and to move on.

So how do you bounce back and recover from a setback or failure? Here are some positive ways to go about it.

Learn From Your Lessons

A lot of the problems which we encounter in our lives come about as a result of us not learning from the lessons which a certain setback or failure is trying to teach us. For example, if your relationships keep coming to an end because each of those partners has been a heavy drinker, the natural thing most people might say is ‘how come I ended up with a heavy drinker’.

However, a person who wants to learn lessons from setbacks quite quickly might say, ‘why is it I got together with a heavy drinker? Could it be I’m a heavy drinker myself? What about where I choose to socialise and where I tend to meet people. Ahhh, I get it. It’s always in a pub or club.” Then, they decide to learn from that mistake and don’t look to forge new relationships in a pub.

Think About How You Relate to Setbacks & Failures

If you were to conduct an experiment where you gathered 10 complete strangers at random in a room and asked them to consider a particular fictional example of adversity that was being faced by somebody and how they’d feel if that happened to them, you’d probably be surprised at the responses.

There would probably be an equal number of those who thought it would be devastating whilst a similar number would see it as just a setback from which they’d learn a great deal from in order to move on to better things, i.e. the event would make them stronger.

Therefore, in order to bounce back from failure or setbacks, it’s important that you have a positive mental approach to deal with them. If you think of yourself constantly as a ‘victim’ whenever times are tough, it will take you far longer to get over adversity and it will probably dent your confidence as a result as well as inducing fear.

The Connection Between Setbacks & Failures With Change

A lot of setbacks and failures are often simply an indication that a change has taken place. They can signal the end of something and usher in a new beginning. This could be the end of a job, the end of a relationship which has run its course and has now run out of steam. It could even mean the death of a parent.

If you then keep in mind that failures and setbacks are often twinned with change (which is a perfectly natural process in life which we all must accept) then you can use that to your advantage to see what doors might open and what new opportunities might be out there as a result. In other words, when faced with setbacks or failure, keep in mind the old adage, “as one door closes, another one opens” and use that to spur you on into bouncing back.

Therefore, take responsibility that you and only you are going to be responsible for how you’re going to approach life. Tell yourself that nothing or nobody but you and your own actions are going to determine your happiness and sense of well-being. Then, and only then, will you be able to meet life’s failures and setbacks head on and recover from them more easily. And, consequently, this will make you a stronger person as a result and much more resilient when times are tough.

Being Assertive With Family or Friends