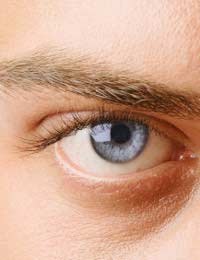 Most people will be familiar with famous moments in sporting history where the balance of power has gradually shifted from one team or one competitor to the other. You’ll no doubt be familiar with the term ‘choke’ and it has happened to many famous sportspeople at one time or another. It doesn’t matter if you’re considered to be the most proficient player in your sport, competition is always going to involve ‘pressure moments’ and it’s more often than not how you can handle the pressure emotionally that will set you apart from the rest of the competition. It could be penalty shootout in football, a tie break in a tennis final or the last putt of a major golf tournament – it’s all about pressure and being able to handle it.

What Are The Traits Of a Mentally Tough Athlete?

Sportsmen and women who go on to become true champions within their chosen field will usually be extremely mentally tough as well as having a flair for their sport. In fact, if they weren’t mentally resilient, the chances are that they wouldn’t have been able to achieve the success that they’ve worked towards. And, whilst some would appear to be naturally mentally tough and can remain ice cool under the most intense pressure – the likes of Bjorn Borg and Roger Federer in tennis spring to mind – becoming mentally tough often takes a great deal of determination and commitment and it usually comes with experience. That’s not to say by being mentally tough you never lose as it’s usually your experience of defeat which helps you to gain more of a mental toughness ultimately. The most common traits of a mentally tough competitor will include:

Ways In Which You Can Develop Your Mental Toughness

There are numerous methods which can help you to develop your mental toughness and here are a few which many sports psychologists might recommend.

Let’s use tennis as an example. Here are some good tips for beefing up your mental toughness:

Obviously, if you play a different sport, you can adapt these and tailor them to your own particular activity.

Other techniques to help increase your mental toughness can be related to practicing deep breathing exercises, changing beliefs about your limitations and weaknesses and focusing on your opponent’s weaknesses.

The importance of mental toughness in sport cannot be underestimated and there is certainly a great degree of truth in the often quoted statement that a match is often “won and lost in the head”.