Home > Work Relations > How To Be Assertive at Work

How To Be Assertive at Work 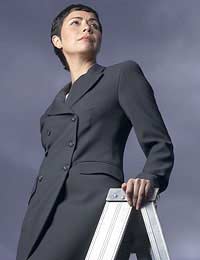 There is a common misconception that being assertive at work means being aggressive, rude or pushy which is why many employees are afraid of becoming more assertive. The problem with this attitude, however, is that if you do not demonstrate assertive communication skills, not only are you likely to feel stressed out and frustrated in your job but you’re also more likely to be taken advantage of. But how do we differentiate between ‘assertiveness’ and ‘aggression’?

How To Be Assertive But Not Aggressive

It is quite easy to be assertive but not aggressive if you’re able to differentiate between the two meanings of the words. If you’re displaying aggressive communication, you’re likely to be attacking another person verbally instead of focusing on what it is you, as an individual, want the outcome to be. Assertive communication is saying something in such a manner that you’re not attacking anybody else but simply standing up for your own rights. In other words, you’re not being mean or rude towards anyone else. If you want to get on in your career, it’s important that you demonstrate your personal strength by being assertive when it’s necessary so that you can avoid being continually trodden on or undermined. Being assertive simply tells people that you’re of strong character and that you’re straightforward to deal with. It also allows you to more freely express your opinions and ideas and it helps with problem solving too.

Here are some useful tips for how to be assertive in your working life.

If you have problems with something or somebody at work, don’t fall into the trap of keeping it to yourself. So many people will bottle up all of their pent-up frustrations about a particular problem at work until it often boils over. Alternatively, they might get things off their chest by having a good old gossip to their colleagues. The problem with this, however, is that news often gets back to the person you’re having problems with and like a game of ‘chinese whispers’, what you actually say can often get distorted along the way. Therefore, if you have a problem, speak to the relevant person straight away. Most people are often reluctant to do this as they have an unrealistic fear of what will happen if they say something. However, you don’t have to be confrontational. Just by getting your point across in a calm and polite manner and by appearing strong through demonstrating assertive communication skills, you’ll often find the problem is resolved in no time.

One of the most important aspects of being assertive is to always be in control of your emotions at all times. Even if you’re broaching a difficult subject with somebody, don’t let anger and frustration get the better of you. This also extends to sharing your thoughts with colleagues.

Sometimes It’s OK To Say ‘No’

Learn how to say ‘No’. It’s very easy to want to please your superiors at work but if you feel they are being unreasonable or are asking you to commit to something that is unreasonable or outside of your employment contract, it’s quite acceptable to say ‘No’. A prime example is when you may be asked to work late and you’ve already made plans. Obviously, the manner in which you say ‘No’ will often determine how your response is perceived. For example, a blunt, monosyllabic ‘No’ can obviously come across as being quite harsh. However, a perfectly respectful answer might be, “I can’t work late tonight. I’ve already made plans.” Knowing your employment rights and the terms and conditions of your employment contract inside out will definitely help you with regarding to knowing when it’s appropriate to say ‘No’.

Learn How To Negotiate and When To Compromise

People who are assertive know how effective good communication skills are. It’s no good just being demanding all of the time as that won’t always help you get your own way. Sometimes you will be able to state your case more persuasively if you’re able to negotiate and compromise occasionally in order to still get more or less what you want.

Assertive communication skills are developed over time. It’s about knowing how to be assertive at the right times and also being tactful and diplomatic too. Often, there can be a fine line between assertive communication and appearing aggressive but by following the advice contained here, you’ll soon develop your own style and you’ll discover how you’ll become less of a pushover and are able to stand up for your rights and beliefs whilst maintaining your dignity and professionalism.