Home > Health > How To Avoid Worrying

How To Avoid Worrying 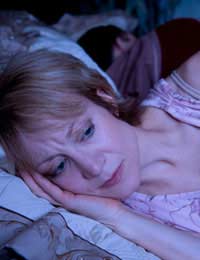 If someone had the answer to how to stop worrying, they would become a very rich person indeed. We all worry from time to time. In certain instances, this might be completely justified yet we’re all different and some people get consumed by worrying about things which most of us would find trivial.

However, if we really stand back and take an objective view about worry, you’ll probably come to the conclusion that it’s an emotion that serves no purpose at all and actually does us more harm than good.

Why Do We Worry?

Worry is simply a response to feeling concerned, troubled or uneasy about something that’s affecting our lives. It is very much connected to the natural human instinct of ‘fight or flight’ syndrome. However, whereas ‘fight or flight’ is based upon a relatively quick assessment of weighing up a situation and then reacting to it in one of two ways, worry can fester over a much longer period, especially when it’s related to some kind of impending future event, which it so often is.

How To Stop Worrying

How to stop worrying is almost an impossible question to answer. This is simply because we all have different personalities and some of us will worry about more things than others. We’ll also have different worries too. Therefore, whilst there are various methods which can help to reduce the extent of a person’s worrying, how to stop worrying is always going to be subjective. Here are some things you could try which might help.

Is It Really a Mountain or Molehill?

As mentioned earlier, worry can fester and left unchecked, it can whirr around and around in our minds until we are totally consumed by it and are practically unable to think about anything else. One of the ways to stop this is to actually become aware of when you feel as though you’re starting to worry about something.

Before those feelings take hold….stop everything. Then, get a piece of paper and write down what it is that you’ve started to worry about this time. Then before you let those fearful feelings start to develop, think about the actual scenario in question.

Ask yourself, “What is the worst thing that can happen?” You’ll often find that the worst case scenario is often not half as bad as it might become if you allow your imagination to build it up over a period of time through continually worrying about it. By nipping it in the bud at the point you start to worry about it, you’ll be better placed to make a decision as to what you’re going to do about it.

The Importance of Decision Making in Reducing Worry

You’ll often find when people worry, they’re possibly faced with a number of decisions to choose from in order to come to some kind of resolution. If that’s the case, consider each of the resolutions which would put an end to the worry one way or the other but don’t take too long in doing so. Then, once you’ve considered all of the resolutions, choose one and then, importantly, stick by it.

If you make it a mission to stick to whatever resolution you originally decide upon, that way the issue should be put to bed immediately. It may not prove to be the correct resolution all the time but by making a decision, it’s one way of how to stop worrying about a particular issue.

Worrying too much can reduce people into a state of inertia whereby their mind is so pre-occupied with worry that your body becomes almost paralysed and you seem unable to carry on with your life as normal. Therefore, by keeping busy with work or by pursuing a hobby or socialising with friends, it will take your mind off the problem which is another tip in how to stop worrying.

Having something to look forward to helps as well. As long as it’s something that it’s in the near future, by focusing on that instead of worrying about something that’s further away in time, you’ll start to get excited about that instead which should replace your feelings of worry.

What About At Night?

Many people’s worries become magnified at night because they’re no longer occupied by other things that might be going on around them. Practising relaxation techniques and, in severe cases, taking medication can relax your mind so that you can get a good night’s sleep. pHowever, by simply staying active throughout the day, eating healthily and taking regular exercise, this will mean that when you do eventually go to bed at night, you’re likely to feel so tired that you’re ready to sleep anyway.

For some people, some of these tips might work. For others they might not. Everybody needs to find their own ways of coping with worry which suits them best. How to stop worrying, or at least reduce your worry requires you to tackle the problem head on and to come up with your own methods of coping.

In fact, some people say that they are born worriers and that they can never change. However, what they often decide to do is to schedule worry into their diary. In other words, if it’s a Monday and you’re concerned about something that’s going to be happening on Friday, forget about Friday and enjoy the next four days, then start worrying on Friday, not a day before. This might sound implausible but it has worked for many.